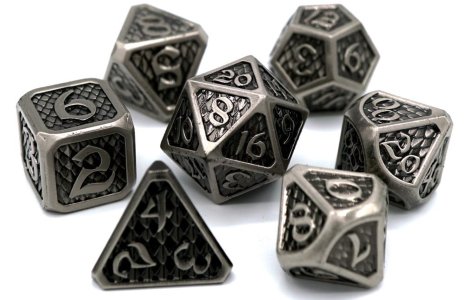 "A haunting hum accompanies the flight of an argentum dragon. It's a trait of their silvery scales, which gleam like mercury in flight and echo through highland hills, which presage their arrival. More than any other dragon, the argentum assumes humanoid form, singing to change shape, then using their intoxicating allure to draw an entourage, collecting people like other dragons amass treasure. Thus, skilled bards are honored to be called 'Argentum' as the highest accolade and some inns are known to award beautiful argentum earrings to entertainers and artists."

Used for D&D and other tabletop RPGs