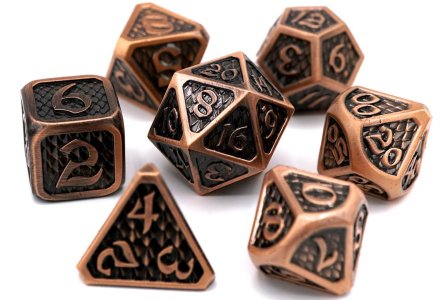 "Cuprum dragons are rarely seen on the surface world. They are one of the few denizens of the underdark that prey on the sinister and aberrant forces that dwell in the dark below. Their territory is a quiet oasis - quite literally. They permeate a regenerative aura which manifests as a lush undergrowth, including foliage, trees, and water, appearing much as if one had stepped headlong into the Feywild. Magical items laced with cuprum are said to exhibit similar curative properties, and these great wyrms are often sought to heal that which is thought incurable."