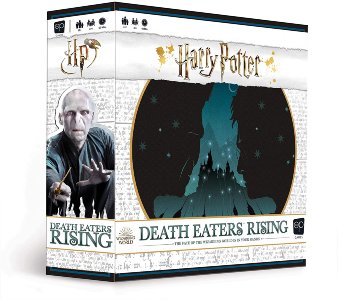 
Harry Potter: Death Eaters Rising captures the difficulties and terrors Harry Potter, Ron Weasley and Hermione Granger face during their fifth year at Hogwarts as they scramble to persuade the wizarding world of Voldemort's return.  Assemble teams of Witches and Wizards from the Order of the Pheonix, Dumbledore's Army, and Hogwarts to fight enemies like Bellatrix Lestrange, Lucius Malfoy, and He who must not be Named.