Board Games > Small World of Warcraft 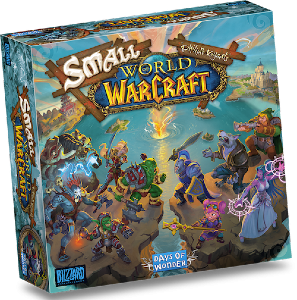 2-5 players vie for control over several islands in this hostile world, their only hope picking the right combination of races and special powers. After  staking your claim, defeat your neighbors and expand your territory. If you can occupy legendary places and  control magical artifacts, you'll reach a new level of domination.

However, empires must eventually fall, so be ready to put your over-extended race into decline and lead a new one to glory to eventually rule Azeroth!