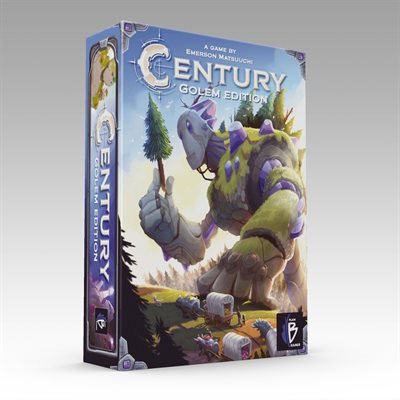 Century: Golem Edition is the beautiful sibling to Century: Spice Road - clever, smart, and even more beautiful! With manga-inspired art, the Golem Edition is a head turner with its bright color palette and incredible components. This is one you’ll never want to put away!

In Century: Golem Edition, players are caravan leaders who travel the famed golem road to deliver crystals to the far reaches of the world. Each turn, players perform one of four actions: establish a trade route, make a trade or harvest crystals, fulfill a demand, rest. The last round is triggered once a player has claimed their fifth victory point card, then whoever has the most victory points wins.