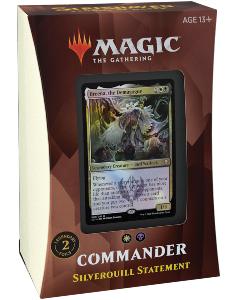 Commander is a different way to play Magic. It's about legendary creatures, big plays, and battling in epic multiplayer games.

Designed as an introduction of Commander, these decks are the perfect onramp for folks diving into both Commander and Magic in general.